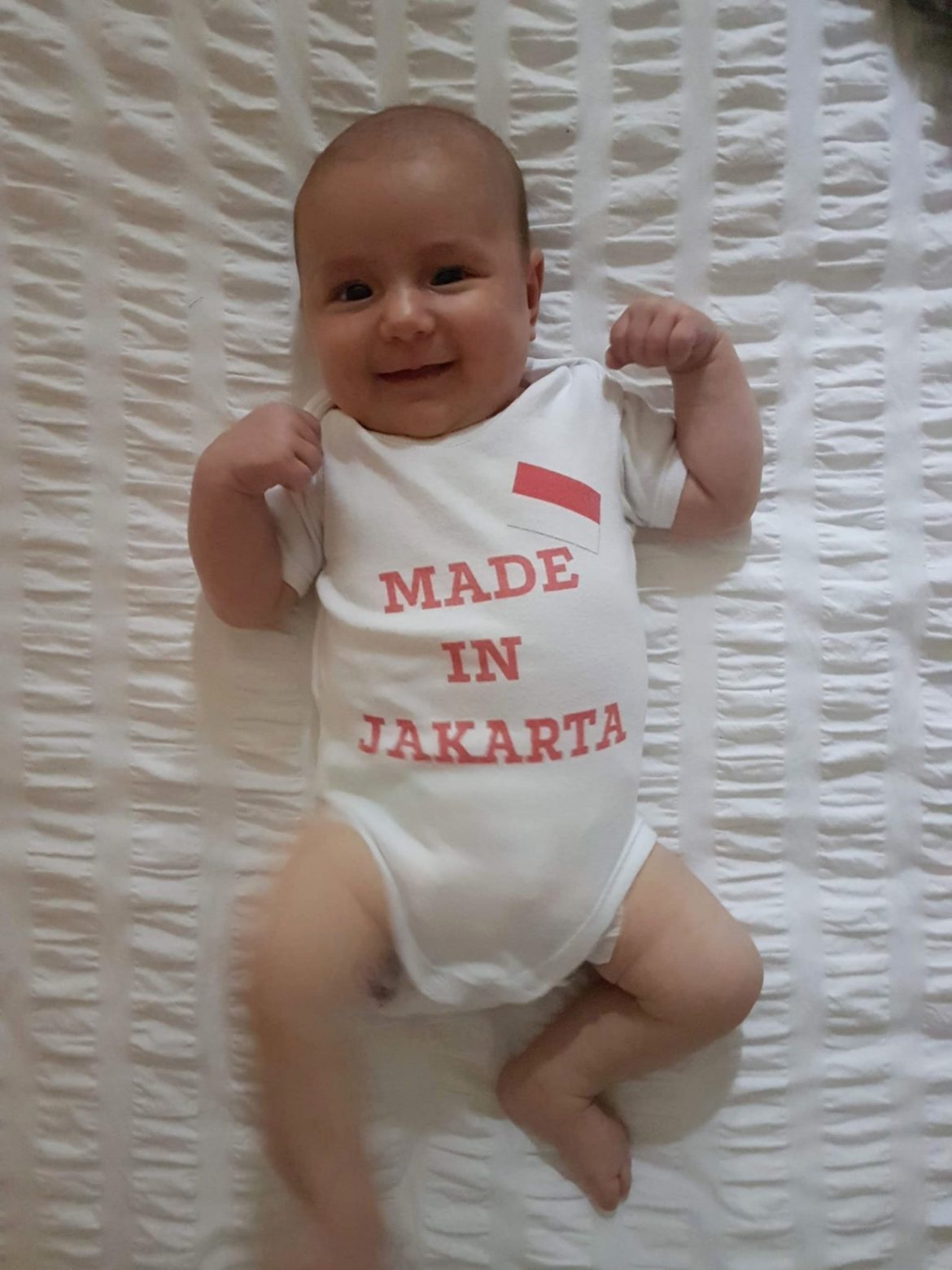 Well this is becoming a bit of a trend… let’s go back to the start of 2018 when we made another big life decision.

We had been living back in Perth for about 5 months – settled in our house, back into life in Australia when Pete was given the opportunity to work back in Jakarta. The job was in a different field to what he normally worked in, and although he had a little experience in the sector, he was essentially going in blind. We decided that before we move our entire lives again, he would work FIFO for a while to make sure it was going to pan out.

So in January 2018, Pete started his new job. He was gone for a few weeks at a time, which was hard, but we had done plenty of this before so we qdjusted quite quickly. Lachie had actually got into a good routine and happily put himself to bed and I generally didn’t hear from him until the next morning. We kept busy with exercise, spending time with family and friends and team sport. I must say, we were really enjoying being back in Australia.

Pete and I knew from the start that we wanted to have kids close together and with Lachie having turned 1, we decided now was the time. It proves a little difficult when you’re living in different cities and with this in mind, in March we decided Lachie and I would go up and join Pete in Jakarta.

So we started the wheels in motion and started to pack up our lives again. Lachie and I ventured up to look for a place to live in April. We had previously loved in an apartment and a townhouse and decided this time we wanted a house. We needed the room for lachie to be able to run around. We looked at about 15 houses in 2 days and finally found one we liked.

A date had been set for June for us to join Pete full time. I got stuck into organizing the move. Packing the house, arranging to send a container to Jakarta etc.

As I mentioned, the main reason we decided to move back up was so we could get serious about trying for another baby – so imagine our surprise when only 2 weeks after sealing the deal on the house in Jakarta, we discover I’m pregnant!

Around came June and after driving the Gibb River Road with some friends, we headed to Jakarta. We settled back in fairly quickly. It was much easier this time as we had friends here, we knew where to get things and the general way of life. We did definitely miss the green grass, clean air and our best friends. It helped that Perth was in the middle of an awful winter – I hate the cold!

I did find that there were so many new faces which was both hopeful and overwhelming. Our best friends up here had scheduled to move back to Australia not long after we arrived so I was hopeful of forming some new friendships. The great thing about the friends we already had was that we were friends before the kids came along, so we genuinely liked each others company. Since moving back, the most common way of meeting people for me was through Lachie. This is nice, and seems easy, but in reality was almost harder than before. There were plenty of mum’s around, but there were so many that I just didn’t have anything in common with. I also found that because I was leaving in November for a few months (going back to Perth to deliver) that I was reluctant to jump into anything. Around Christmas there is usually a huge outgoing (and incoming) with expats, and I had in my head that any relationships I forged before I went may have been in vain. We did end up finding a gorgeous little group of friends though, who are planning to be here for a little while yet.

Before I knew it, November had arrived and it was time to head back to Perth. We decided after the little complication we have with Lachie when he was born, it was safer to be in Australia. So we bunked down at Pete’s parents again. Lachie absolutely loved it. He got to spend so much time with Noni and Papi and also got to see his cousins every other day. They have a really special bond which is absolutely amazing. They are a bit older (8,7 and 5) but they all get along so well. I was a little worried for the new addition as they would be just that bit younger that the age gap was too big however just after we got back we got the incredible news that Pete’s younger sister is also having a baby – due July 2019.

My parents came across in time for Christmas and were planning to stay until just after the baby was born in early/mid January. It was great to be able to spend so much time with them. Lachie had changed so much since they last saw him which was only in October.

So we waited. And waited. And waited. I was on high alert again this time around as Pete wasn’t flying in until 7th (due date is 9th!)  Surely we weren’t going down the same track as with Lachie. My due date came and went. Nothing. We booked an induction date a few days after I my due date had passed. That happened to be the same day Pete was scheduled to go back to Jakarta. We both went to bed every night hoping it would happen.. It didn’t.

Thursday 17th rolled around and baby was still tucked up tight. Despite my best efforts to get it moving. We headed off to the hospital for a 7am induction. I had felt really calm and relaxed in the lead up however when we were driving in that morning, it suddenly hit me. I all of a sudden felt like I was 10 years old on the start line for a 200m final. My legs went numb and butterflies filled my stomach. The female brain forgets the pain – until it doesn’t!

Once we arrived, I changed into my beautiful blue gown and gracefully laid on the bed, legs up. My waters were broken at 8am. Now we wait. I had to stay hooked up to the machines for a little whole as the baby’s heart rate spiked for about an hour. When it finally dropped, I could get up and move around. Wimbeldon was on TV – but no one interesting was playing. Throwback Thursday was playing on Nova which was entertaining. I paced around and bounced on the gym ball hoping to get things moving. I really wanted to avoid needing any oxytocin this time around. Pete was busy with work calls, and changing his flight from that afternoon ?

Nothing much was happening at around midday. Little tightening’s here and there but nothing regular or overly painful. I started to prepare for the oxytocin. My doctor came in and wasn’t in any hurry, so we left it a little longer. Luckily, by 2pm things had stared to really kick into gear. Contractions were regular and while they were painful, I wasn’t considered in ‘active’ labour yet.

By 3pm I couldn’t talk through my contractions and the excitement (mainly from the midwives!) was building. I was starting to feel like I was close. I asked my midwife to check my progress at about 3.30pm – 7cm. We were close. Pete asked her to call the doctor as I progressed really quickly from this stage with Lachie. She handed us the call button in case there were any dramas and left to phone my doctor. I rolled over to get through the next contraction. My midwife (who by the way was awesome!) had just picked up the phone when I told Pete to press the call button. ‘What?” ‘Why?” he said. I needed to push…immediately.

Pete pressed the button and people ran from everywhere. From this stage on I was in complete survival mode. There were people talking to me but all I could concentrate on was getting this baby out. My doctor couldn’t be contacted (controversial..) but likely wouldn’t have made it anyway so a passing doctor popped in.  She had no idea of where I was up to but just instructed me to push if I need to. A few pushes later, my beautiful baby was in my arms. A total ‘active’ labour time of 50 mins. I had the baby in my arms and the midwife asked me what we had. Pete and I were pretty sure we were having another boy (my pregnancy was very similar and just had that feeling). It was a complete shock to see a vagina! I had to repeat it to Pete as we couldn’t believe it. We both held our breath while she was checked over, but soon got the all clear and was placed back on my chest. This was something I didn’t get to experience with Lachie but was so special.

My doctor arrived shortly after I had delivered. I had a small complication with a hemorrhage, but they were able to control it after about an hour without any further intervention luckily. They did have to massage my uterus to help it contract and this was up there with the most painful part of the whole birth!

While they were ‘fixing me up’ we were running though our shortlist of names for a girl. We had chosen the boys name but still only had a shortlist of girls. We decided she was an Abigail or Abby. I wanted to keep part of my name and so she became Abigail Elyse Mellor – born 17/01/2019 at 3.50pm

Both my parents and Pete’s parents got to come in and meet Abby that afternoon before we headed up to the ward. Pete headed home to take care of lachie for the night, so it was just the 2 of us. Abby had taken really well to feeding which was great as it helped with my recovery too.

Lachie came in the next morning to meet his baby sister. He instantly loved her. My heart could have exploded when I saw them together for the first time.

We were discharged a few days later (I was lapping up my stay as it was as close to a holiday as I was going to get for a while!) and dropped Pete at the airport that afternoon. Nothing like jumping in the deep end! I was really lucky to have Pete’s parents though. Thank goodness Abby turned out to be a very chilled and ‘easy’ baby. She fed and slept.

So here we are now. 12 weeks into our life as a family of 4. Everything has been going fairly well (touch wood!). Abby started sleeping for 8 hours at a time from about 5 weeks and doesn’t wake until 6-6.30am …something I’m sure Lachie has never done! Don’t get me wrong though, I’m still up at 5am with him ☹

Hello. I am a blogger & travelling photographer enjoying the sites of the Indonesian Archipelago….. Welcome to my little world! 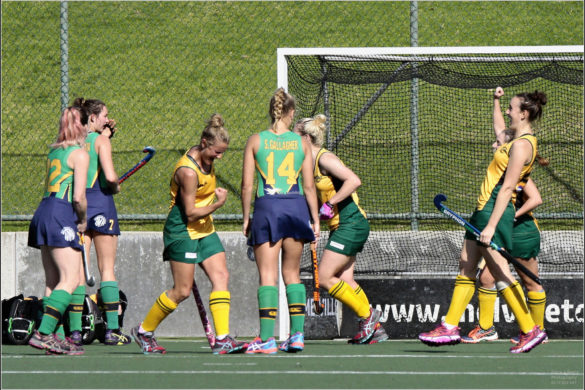 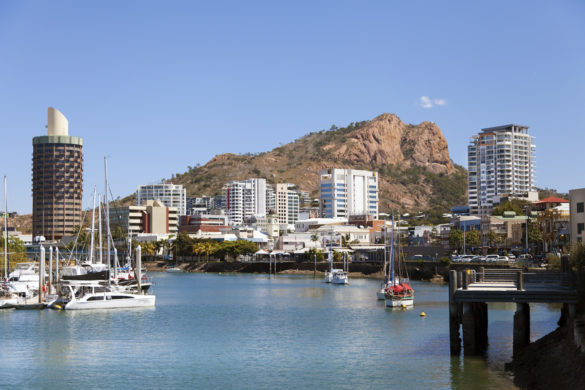 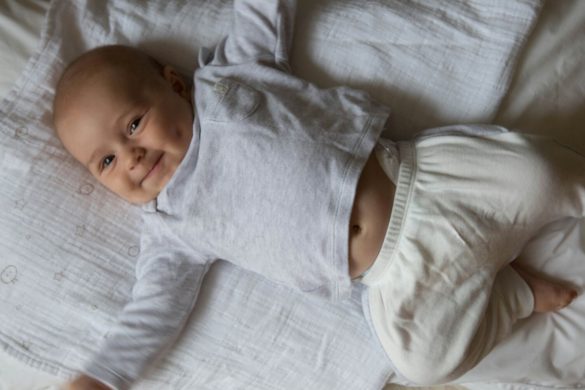 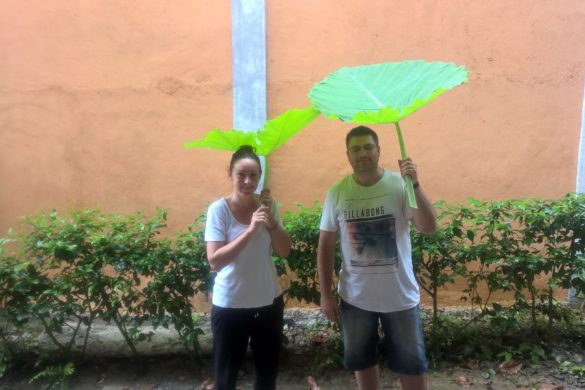 Jakarta – The transition into Expat life 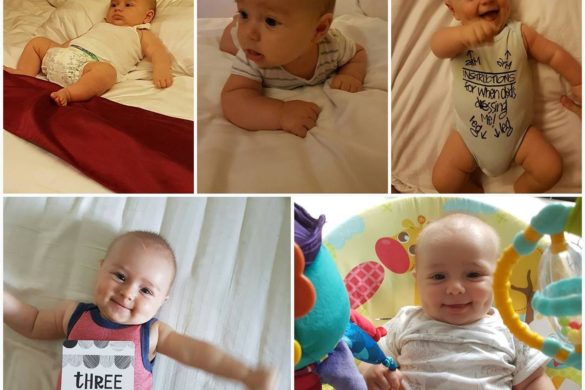