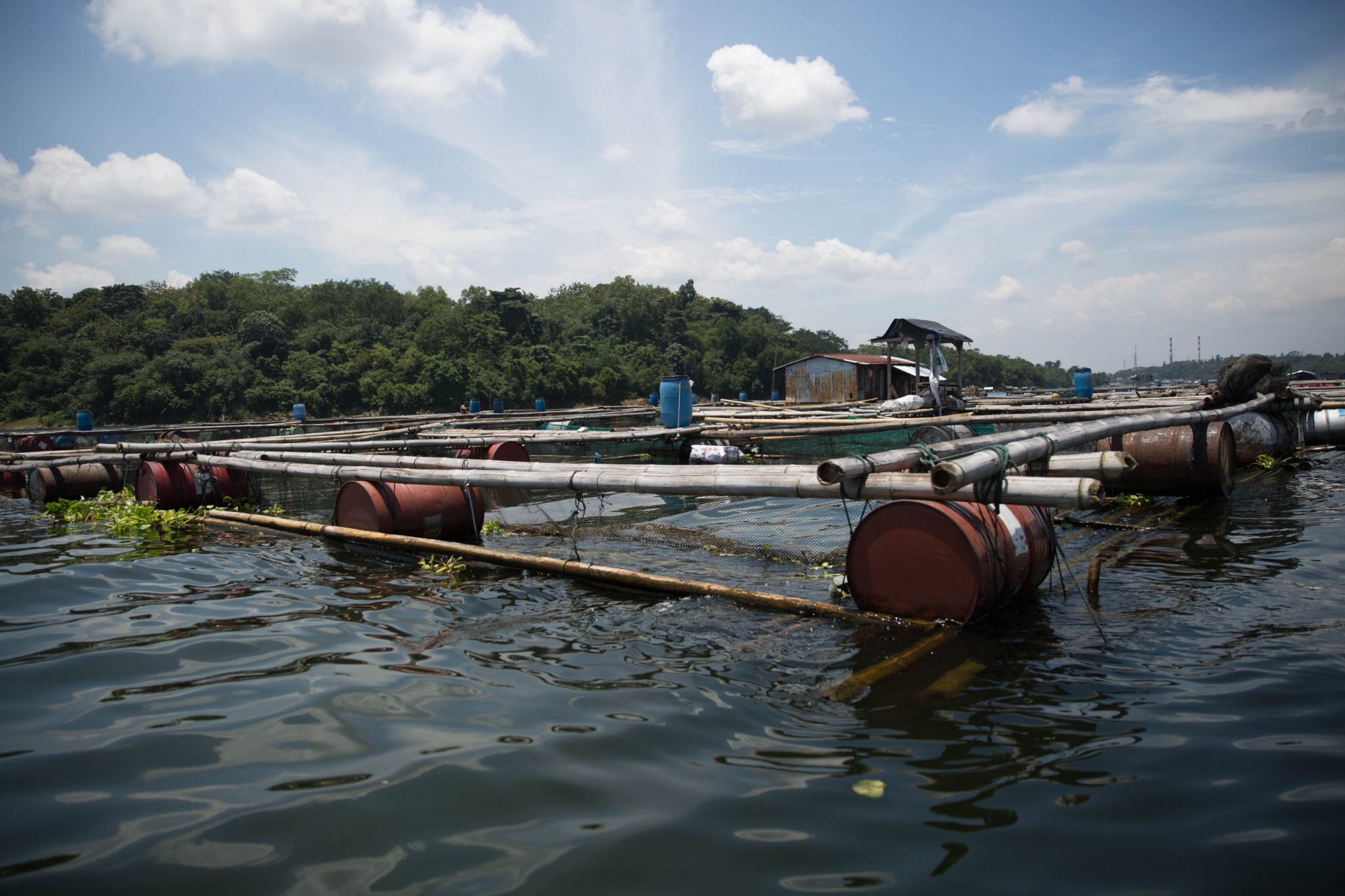 In Australia there are approximately 10 Public Holidays each year. In Indonesia in 2017, there are 23 recognised holidays. In addition, there have been 2 extra holidays declared due to the election. We decided to take advantage of the quiet roads on the last holiday and headed out to the Jatiluhur Dam. It’s 150kms East of Jakarta. Not far when there is no traffic.

After our last mis-adventure with Uber when we headed to Krakatoa, I convinced Pete to pre-book an Uber the night before. Our job was accepted and we naively thought the driver would have checked where the job was!  It wasn’t until he turned up that he discovered where we were going. He agreed to hang around with the meter running all day and bring us home so we were all happy.

We got going at 8.30am and the journey only took us 1.5 hours – how nice for there to be zero traffic! There isn’t much to see on the trip there as it’s a toll road – a terrible one too. There are rice fields right beside the road though which is interesting.

As we were just following google maps to get to our destination, we ended up driving to the bottom of the dam wall which isn’t accessible to the public. We headed back up the road and asked a security guard where we could access the dam. He directed us back the another entrance and as we turned the corner we saw millions of cars. Another security guard directed us past saying it was full. Oh no. Had we driven all this way only to be turned away? As we kept driving though we came across more parking areas with dam access. We picked a car park that looked good and told the driver we would be a few hours. He pulled up a seat with some local and happily sat chatting for the time we were there. It still amazes me how well strangers in Indonesia get along. They are a very social bunch. Pete’s work driver is always chatting to other drivers while he waits.

As we got out of the car we noticed a few mats laid out in the shade by the dam edge. As we got closer, a gentleman asked if we would like to sit. The rental cost for the mat for the entire day was Rp15,000, approximately $1.50. Lachie needed to be fed so we agreed and sat in the shade overlooking the dam. Most of the locals brought their own food with them but we ordered some chicken and rice from the same man that hired us the mat. Pete had a fresh coconut and we sat for a while in the shade people watching. While we were sitting there another man approached us with a large bag on his back. He was selling knives. Not steak knives. More like ninja knives! I usually tell people like this that I’m not interested and they ;eave me alone…Pete couldn’t help himself. He genuinely just wanted to have a look and had no intention of purchasing anything. There were all kinds of knives in his bag. Pete carefully inspected each one and passed comment on what he thought they would be useful for, looking to me for agreement. “This one would be handy on the boat”. “This one would be a great diving knife”. I just smiled and nodded my head (ok I probably rolled my eyes a few times also). Then the question came that changed everything. This is exactly when I knew we would be going home with a new knife… “How much is this one?”. When the response came, Pete looked to me for approval (I’ve trained him well) and to check we actually had enough cash to buy one. We are now the proud owners of a knife that’ll “be handy for so many things!” 🙂

After we ate we asked around to find a boat to take us for a trip on the dam. We were shown to an old motor boat and were then taken on a private tour. On the dam is a whole aquaculture community and we got lots of hello Mr’s and waves from the shadows of the small bungalows as we passed. At the other end of the dam is the turbine and a floating restaurant. This is the section we were getting waved on from earlier in the day. There were plenty of people spilling out from the restaurant and onto the sloping grassy areas surrounding the dam. It looked pretty but we were so glad we ended up where we did as it felt more local – the experience we were looking for.

We headed back to the mainland, the whole boat ride taking about 20 minutes, where we found our Uber driver and started our trek home. The return trip took a little longer due to roadworks but still shorter than some trips home from work for Pete. 🙂

There isn’t a great deal to to at the dam but it’s a nice day out and close enough for a day trip. Another day that we didn’t waste 🙂